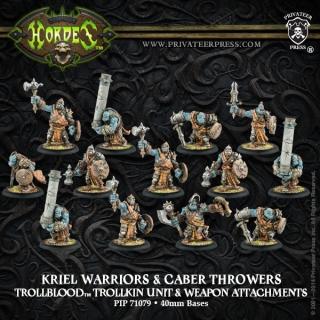 Kriel warriors are the heart of the armies of the trollkin. These bands of warrior brothers march to war in defense of their people wielding shields, hand weapons, and an indomitable spirit. They are often accompanied by mighty caber throwers, who put their prowess in the traditional sport of their people to lethal use against all enemies.