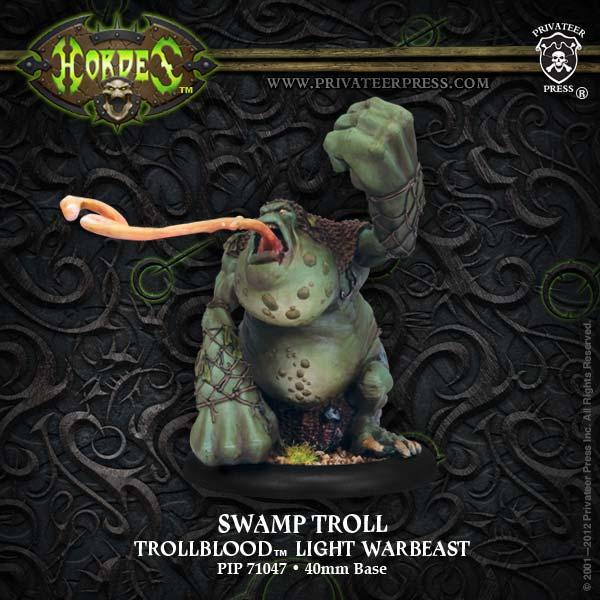 Throughout western Immoren the voracious swamp troll lurks in eerie bogs and marshes, waiting for prey to wander within range of its enormous, sticky tongue. At the critical moment it leaps forward, flicking its tongue with deadly accuracy and alarming strength to capture its victim and drag the meal into its voluminous gullet.