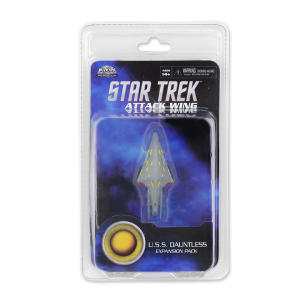 The U.S.S. Dauntless is an alien starship that was created by Species 116. Using particles sythesis, this prototype vessel was made to resemble a Federation Dauntless-class ship in order to lure the crew of the U.S.S. Voyager aboard. Once the crew was there, Arturis, the captain of the Dauntless, planned to use the ship's quantum slipstream drive to bring them into Borg space and exact his revenge for the destruction of his species.