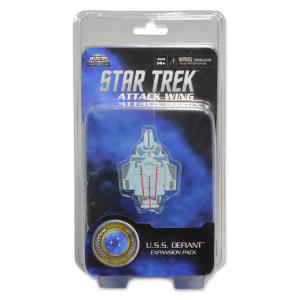 A state of the art Federation escort ship equipped with major weapon and tech upgrades including quantum torpedoes, ablative armor and a Romulan cloaking device. The ship's captain, Benjamin Sisko, commanded the vessel in defense of Deep Space 9 and later during the massive battles that took place against the Dominion forces during the Dominion War.