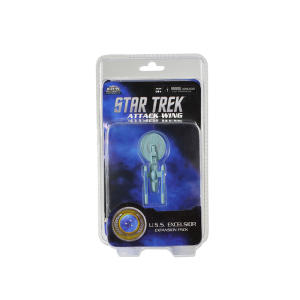 A 23rd century prototype vessel used for conducting scientific missions and for testing new technological equipment. Under the command of Captain Styles, it was the first ship that attempted to employ the experimental Transwarp Drive. Under the command of Captain Hikaru Sulu, it conducted a three year mission exploring gaseous atmospheric anomalies in the Beta Quadrant.