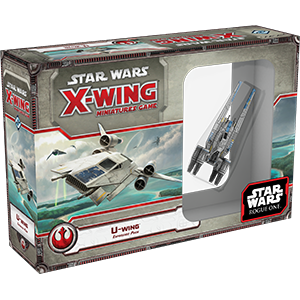 The Rebel Alliance used the U-wing to deploy troops under the cover of darkness or into the midst of dangerous situations. You can use the U-wing Expansion Pack for X-Wing™ to transport Jyn Erso and the other heroes of Rogue One: A Star Wars Story straight to your tabletop. It features one highly detailed and pre-painted miniature U-wing with articulated wings that can pivot back and forth, along with four ship cards and fourteen upgrades. Conduct espionage. Promote Rebel bravery. Pivot your ship’s wings to real effect. The U-wing Expansion Pack makes it all possible.