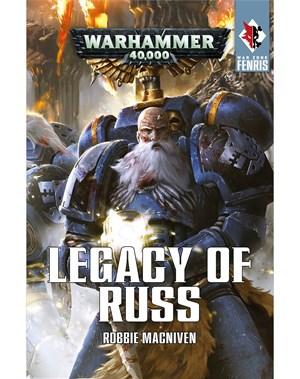 Logan Grimnar is dead - or so the children of the Dark Gods say. While the Great Company of Egil Iron Wolf scours the underworld of Midgardia for signs of the High King, the entire Fenris System is beset by a daemonic incursion of vast proportions. Caught off guard, the Space Wolves fight like the heroes of the of sagas to stave off endless tides of warpspawn. When ships from over a dozen other Space Marine Chapters arrive in the war zone, however, it is unclear whether they will be the saviours of the sons of Russ or their executioners. Rumours have reached the ears of the highest Imperial authorities that the Space Wolves are harbouring dangerous mutants within their ranks - savage genetic aberrations that many consider to be no better than the creatures of the Empyrean. As the line between friend and foe becomes dangerously blurred, the Wolves of Fenris must fight not only for their Chapter\'s existence, but it\'s very soul.