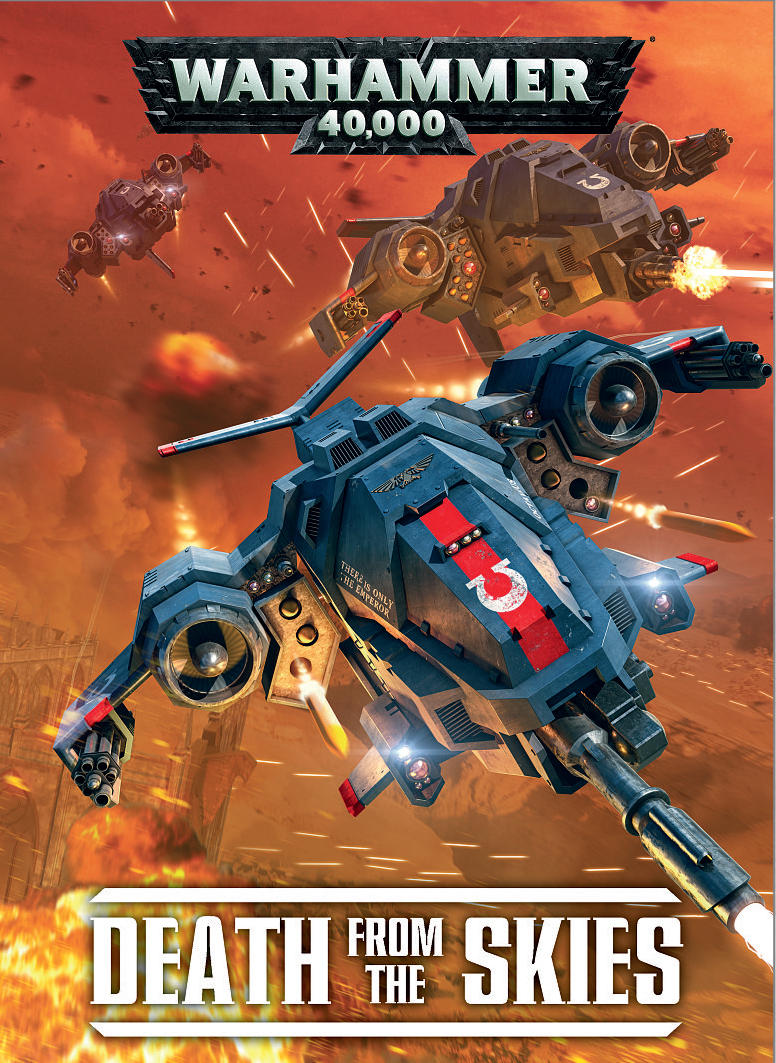 Aircraft squadrons of the 41st Millennium!

In warfare, air superiority is key, and the grim darkness of the far future is no exception. Above countless planets, engines scream as heroic pilots engage in savage dogfights, formations of bombers descend through clouds of smoke to unleash incendiary hell and dropships disgorge hordes of merciless killers from their holds to wreak havoc on the ground troops below. For every strategic challenge the battlefield provides, there are aircraft perfectly designed to meet it. Surgically precise individual strikes, indiscriminate destruction all situations are catered for with a wide variety of craft from each and every warring race.

Death From the Skies is a must-buy for Warhammer 40,000 players the 160-page hardback contains new rules for Flyers that completely replace those found in Warhammer 40,000, with datasheets including new Agility, Combat Role and Pursuit Value characteristics and options for fielding Flyer Wing units, with their own leaders. On top of this, the book introduces the Dogfight phase detailed combat between Flyers is now possible!

Included are 21 datasheets spanning the armies of Warhammer 40,000, 6 new Air War missions and ten new formations allowing you to field squadrons of aircraft, as well as a host of background on the various races aircraft squadrons, markings and famous battles. This, a copy of Warhammer 40,000 and some aircraft are everything you need to fight thrilling aerial battles in the skies of the 41st Millennium!??