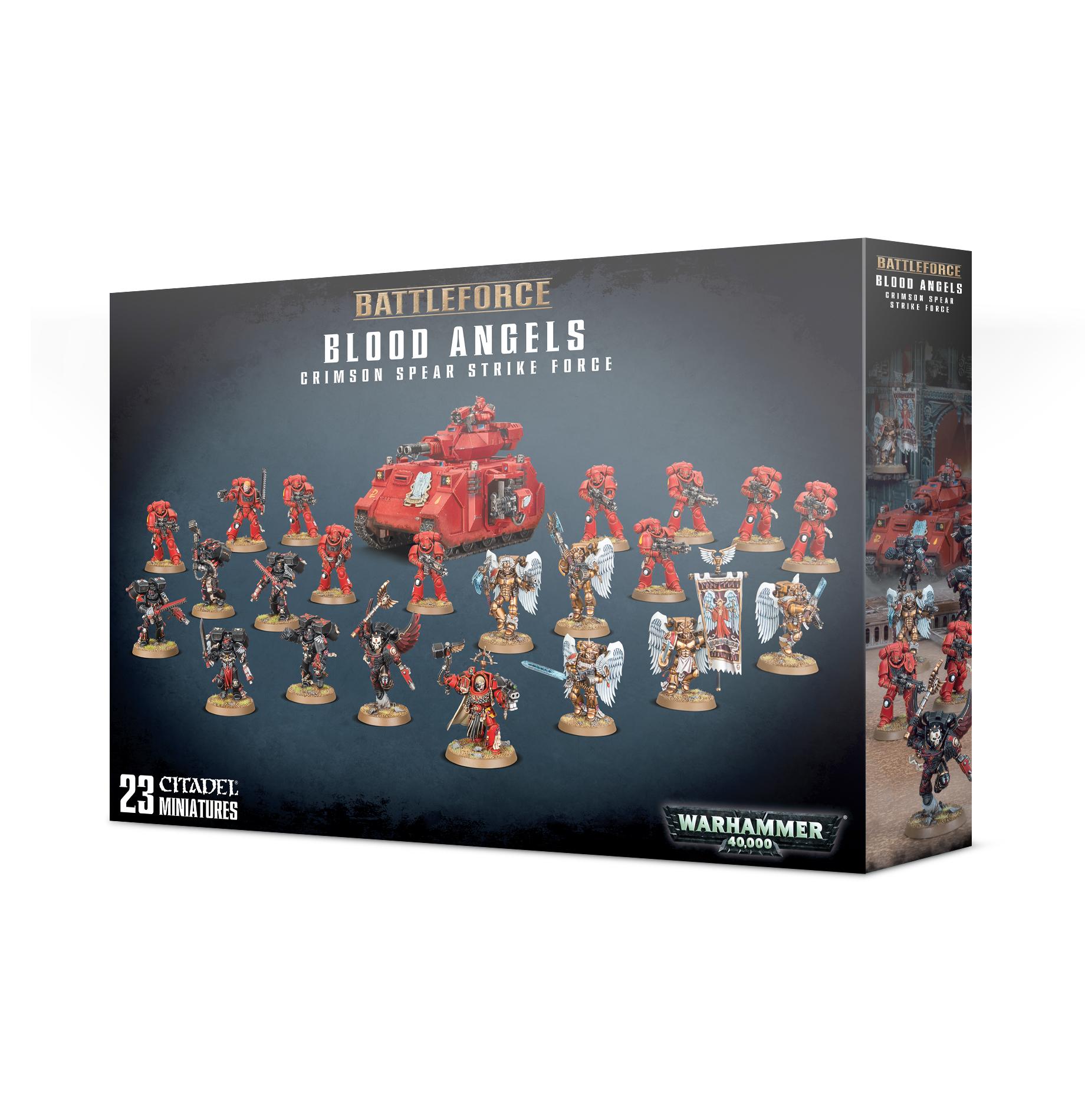 Bring the wrath of the Blood Angels down on your foes with the Crimson Spear Strike Force – a supply-drop of Blood Angels models that’s ideal for kicking off or reinforcing your army. This jam-packed set of models doesn’t just save you money – it’s a well-balanced force that easily and effectively fills out a Patrol Detachment.

This set contains:
1x Blood Angels Chaplain with Jump Pack, both a deadly combatant in his own right and a valuable leader for your forces
1x Blood Angels Captain in Terminator Armour, an indomitable commander of the sons of Sanguinius
10x Space Marine Primaris Intercessors, versatile objective-holders at the heart of any Space Marine army
5x Death Company Marines with Jump Packs – frenzied berzerkers capable of tearing foes limb from limb
5x Sanguinary Guard, elite jump infantry armed with a variety of Baal’s finest weapons
1x Baal Predator, a fast moving strike tank equipped with either assault cannons or a MASSIVE flamer
2x Blood Angels Primaris Upgrade Frames, perfect for customising your intercessors and including parts for upgrading your Aggressors too
1x Blood Angels Primaris Transfer Sheet, ideal for adding additional detail to your models when painting them