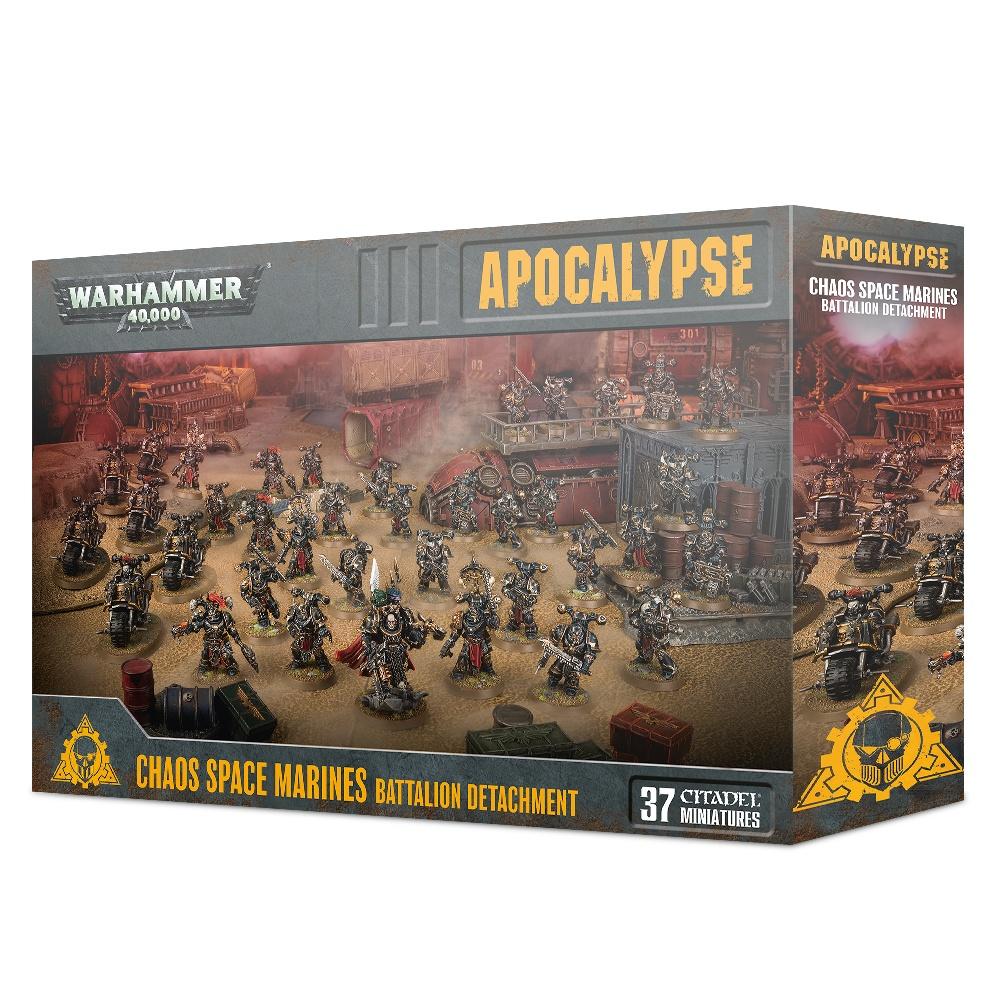 No greater champions have the Chaos Gods than the diabolical warriors of the Heretic Astartes. Armed with potent weapons of murder and armoured in cursed ceramite, these hate-filled scions of the Dark Gods fight tirelessly to tear down the Imperium that created them. Led by a mighty Chaos Lord, squad after squad of Chaos Space Marines advance upon the foe with their boltguns hammering, while at their forefront hurtling Bikers tear a bloody path through the enemy lines.

Comprising everything you'll need and more to form a Battalion Detachment in Warhammer 40,000: Apocalypse (or to kick-start your Heretic Astartes collection with a bang), the Chaos Space Marines Battalion Detachment set includes your three mandatory Troops units as well as two Fast Attack units and an HQ choice to lead it. As a Character, the Chaos Lord/Sorcerer Lord in Terminator armour can also serve as the Detachment’s Warlord, enabling you to generate an additional Command Asset each turn.