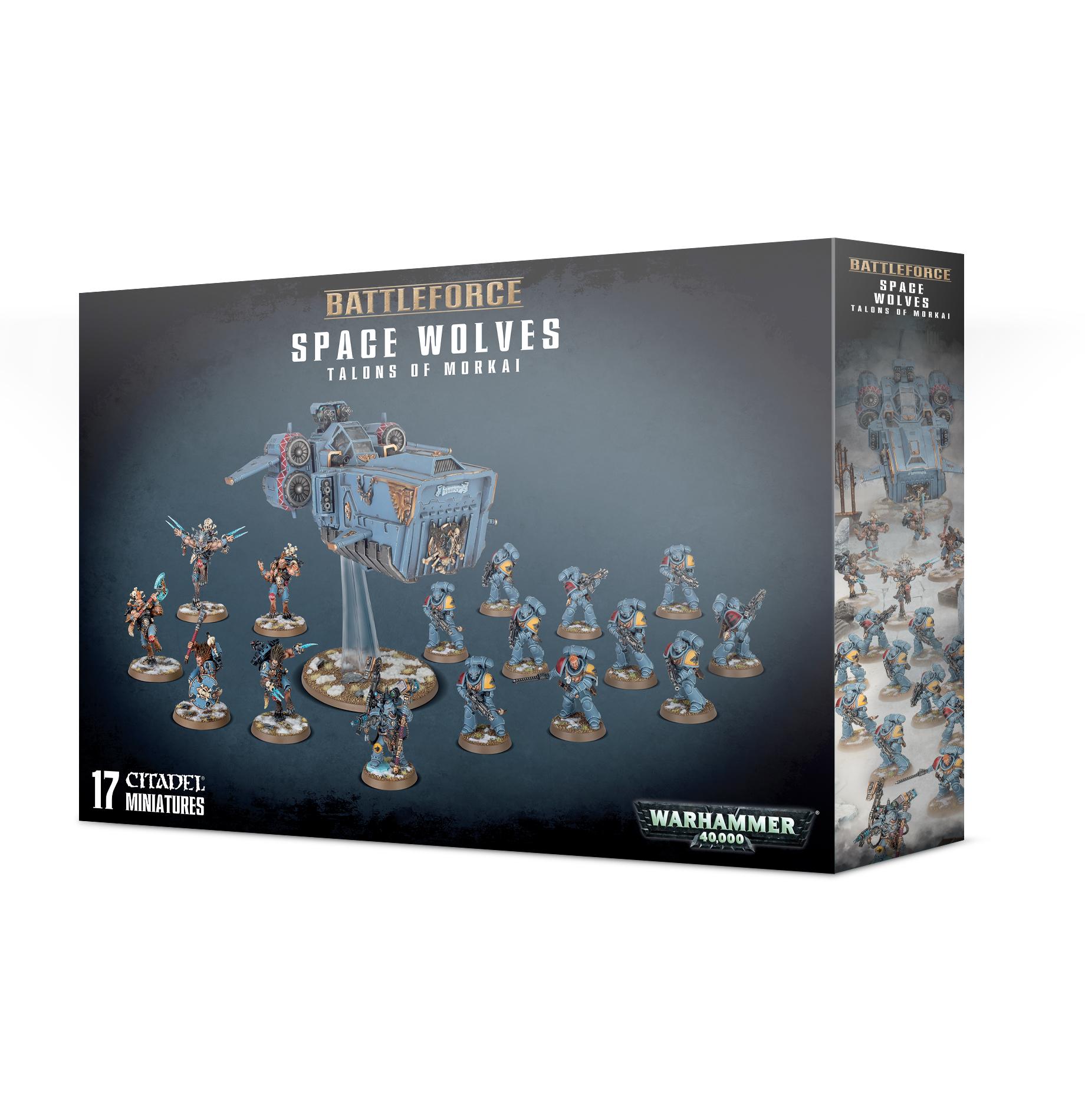 Here’s a boxed set worthy of a saga! Kick off or expand your Space Wolves army with the Talons of Morkai – a massive set packed with awesome models with which to unleash Fenrisian fury. Inside, you'll find a veritable hunting pack of Space Wolves, with core infantry, a leader, and more giving you a balanced patrol detachment for your collection. It even saves you money compared to getting the kits inside separately.

1x Iron Priest, a devotee of both Mars and Fenris capable of repairing vehicles in the heat of battle, or just slaying enemies in close combat
1 set of ten Space Marine Primaris Intercessors, versatile objective-holders at the heart of any Space Marine army
1 set of five Wulfen, savage warriors who have succumbed to the dark power of the Canis Helix armed with claws, thunder hammers, storm shields and more
1x Stormwolf, an assault craft perfect for delivering your Wulfen to the heart of battle than can also be built as a Stormfang Gunship
2x Space Wolf Primaris Upgrade Frames, ideal for upgrading your Primaris Space Marines with suitably savage details
1x Space Wolves Primaris Transfer Sheet, designed to make adding heraldry and symbols to your models simple