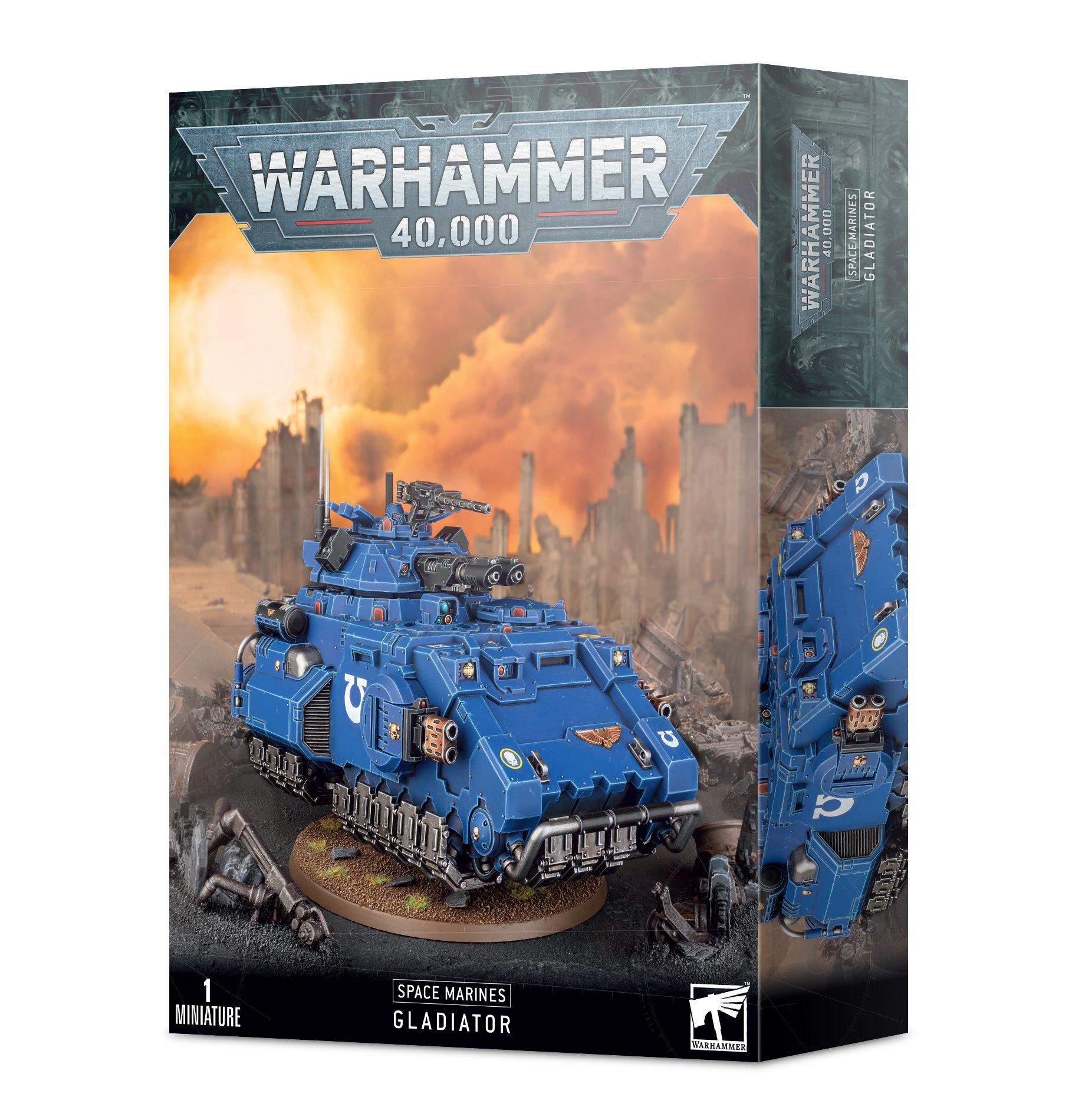 The Valiant lays down blistering volleys of fire as its escorts transports or supports infantry in ferocious fighting, crossing rushing watercourses, sucking marshlands and bubbling lava with equal ease. Its twin las-talons spit death at the foe, making short work of enemy armour and cracking open fortified positions.Like the Predator is to a Rhino, the design of the Gladiator is based upon that of an Impulsor’s chassis, and has been designed to serve as a front line battle tank rather than a transport vehicle. If you're looking to shore up your batteline while offering some formidable fire support, a Gladiator will fit the role perfectly! The Valiant-pattern Gladiator specialises in the close-range destruction of enemy vehicles with its turret-mounted twin las-talon and multi-melta sponsons, so is best suited to supporting more aggressive tactics.This set is supplied in 157 plastic components and also contains 1x Citadel 100mm Round Base and 1x Clear Tank Hover Stand. A Primaris Vehicle Transfer Sheet is also included. This kit can alternatively be used to assemble a Gladiator Reaper, Gladiator Lancer or an Impulsor.