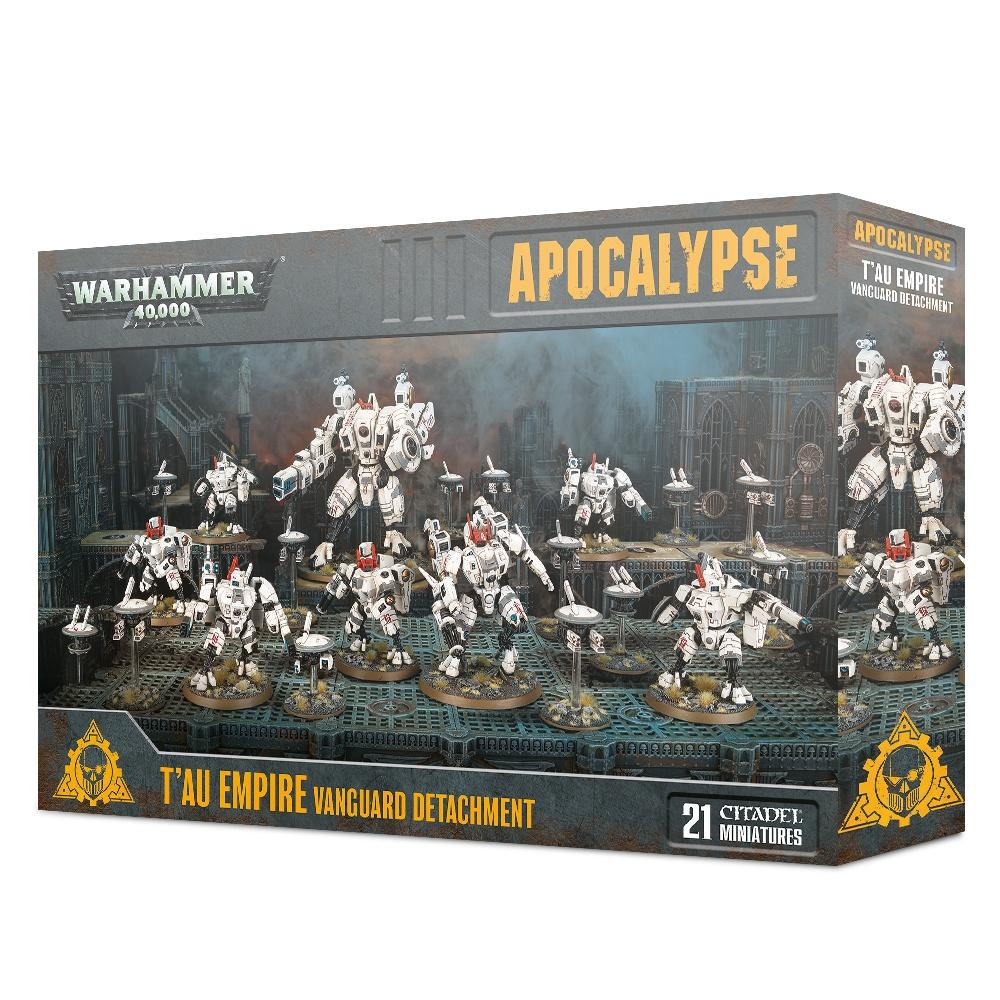 The T’au Empire spread their enlightened ways across the galaxy, annihilating those who do not willingly bow down to the Greater Good. T’au Commanders lead from the fore, issuing orders as they descend into the fray. At their commands, XV8 Crisis Battlesuits and Tactical Drones provide a highly mobile base of fire, while towering XV104 Riptide Battlesuits unleash mass destruction upon enemy formations.