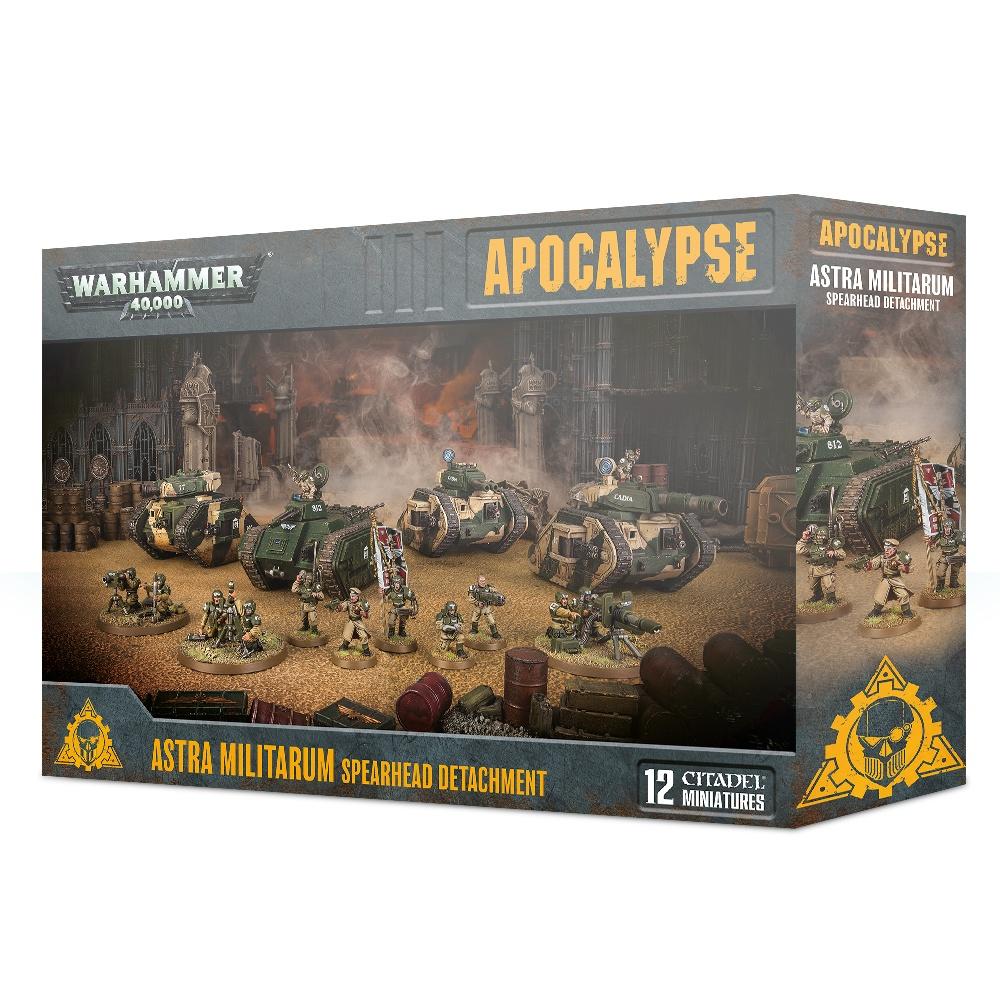 The Astra Militarum is the largest coherent fighting force in the galaxy, comprising billions of soldiers who fight boldly for the survival of Mankind. Squads of footslogging troops lay down hails of fire, their commanding officers bellowing orders and praises to the Emperor, while armoured columns rumble forward to obliterate the enemies of the Imperium.

Comprising everything you'll need and more to form a Spearhead Detachment in Warhammer 40,000: Apocalypse (or to kick-start your Astra Militarum collection with a bang), the Astra Militarum Spearhead Detachment set includes your three mandatory Heavy Support units (and a fourth for good measure!), as well as an Elites unit and an HQ choice to lead it. As a Character, the Company Commander can also serve as the Detachment’s Warlord, enabling you to generate an additional Command Asset each turn.