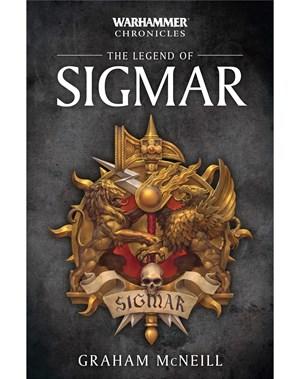 Sigmar is the greatest leader of men the world has ever known. By saving the high king of the dwarfs, he earned the eternal friendship of the mountain folk. When a mighty horde of orcs threatened his lands, he united the tribes of men to stand against them at Black Fire Pass. He broke the siege of Middenheim and pushed back the forces of Chaos. In defeating the great necromancer Nagash, he saved mankind and secured the future of his empire. His deeds are legend. This is his story.