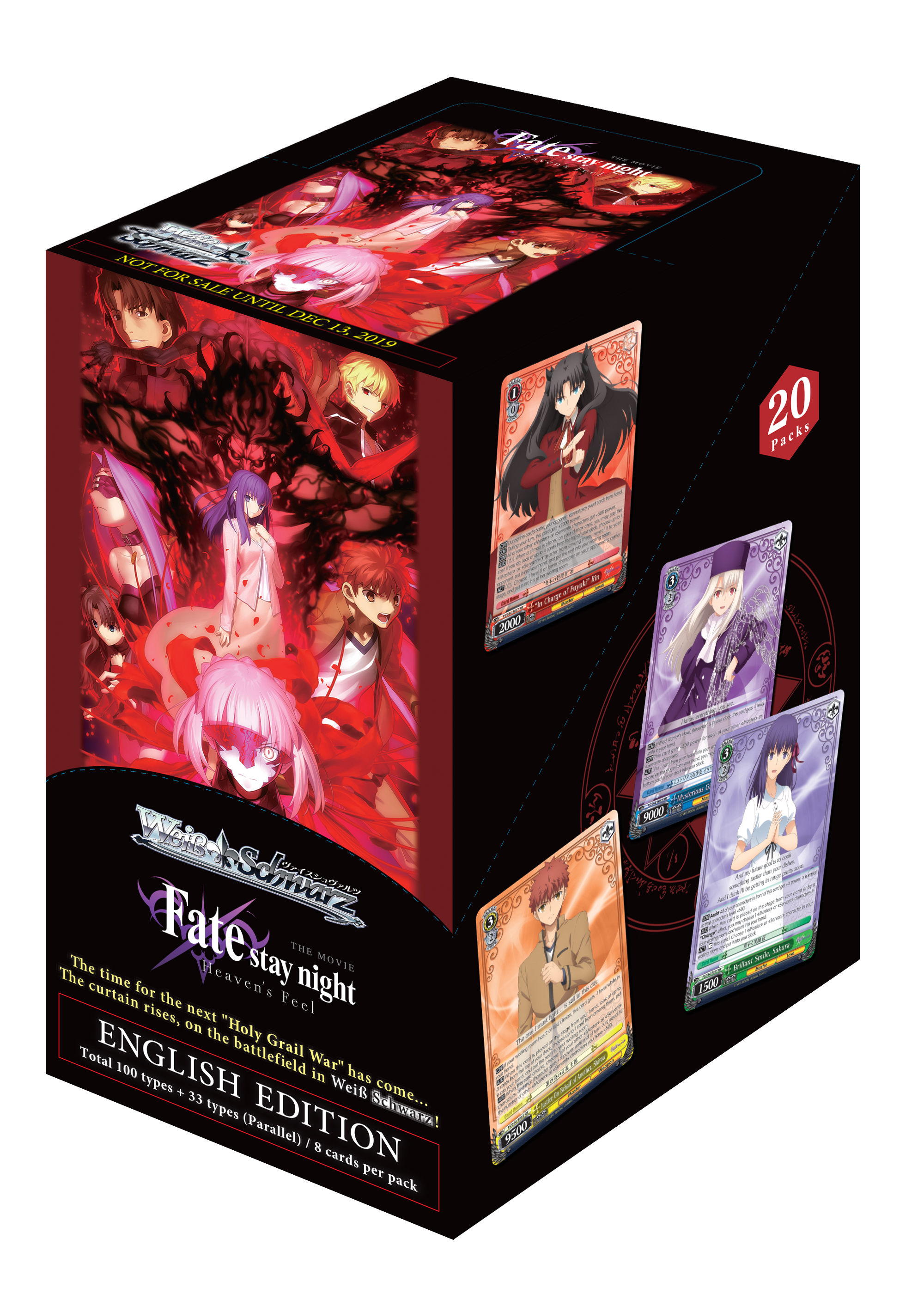 The girl’s hopes silently fester and fade away…

The time for the next “Holy Grail War” has come…
The curtain rises, on the battlefield in Weiß Schwarz!

At long last, the final route of the original game series makes it way into animation! Featuring beautiful key visual art by both original character designer Takashi Takeuchi and animated scenes by ufotable, this is a set that fans of the fate series will not want to miss!

Every pack has a chance to contain a sign card by the voice cast!

The cards in this Booster Pack may be used together with cards with card number beginning with 「FS/」 and 「FZ/」!