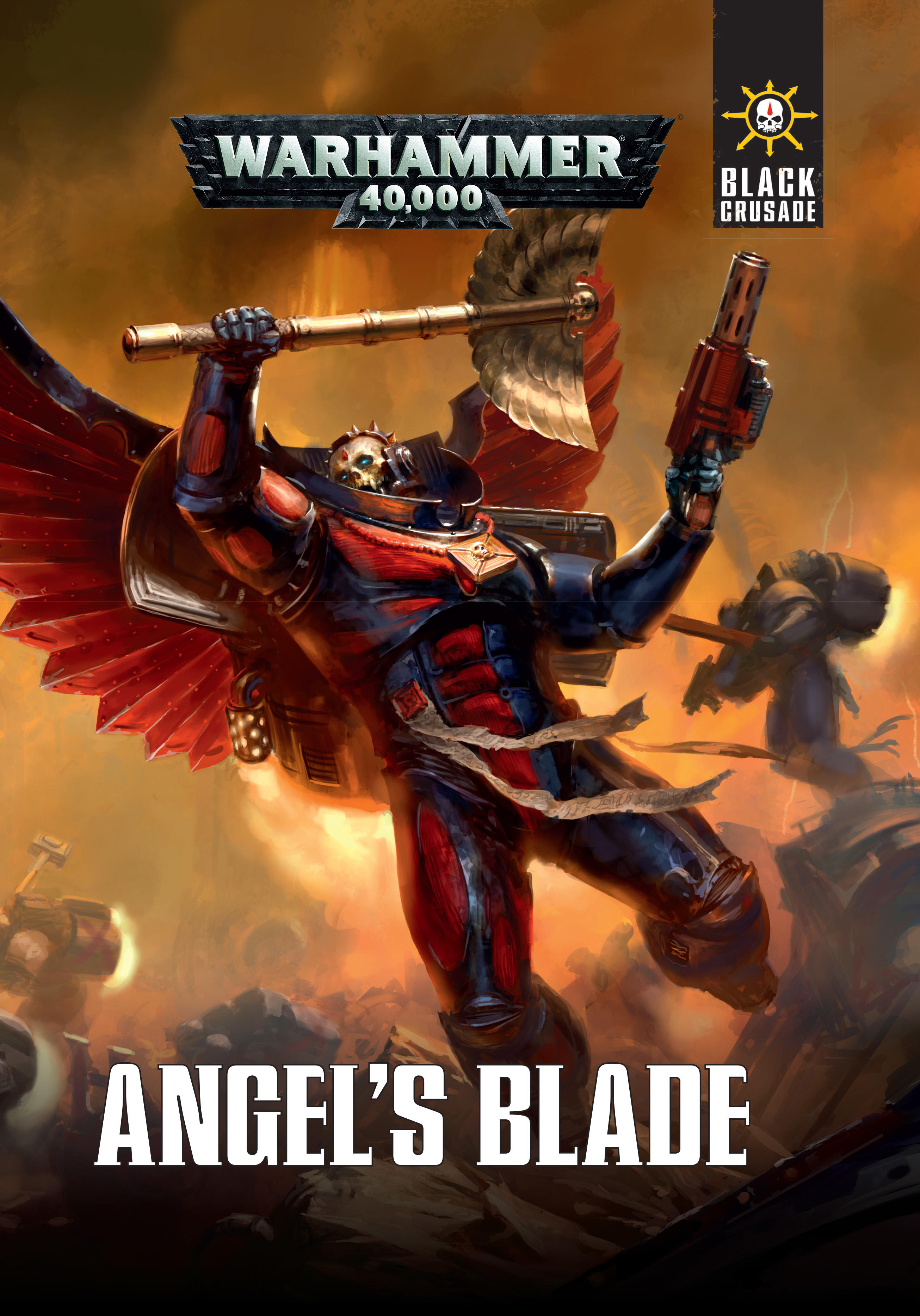 A campaign supplement for Warhammer 40,000, containing a story from the beginning of the 13th Black Crusade from the perspective of the Blood Angels, featuring new rules content for that Chapter.

The shadow of a huge fleet of Crimson Slaughter and Black Legion forces falls across the Diamor System, as Abaddon the Despoiler’s 13th Black Crusade is launched. This shadow is met by the righteous fury of the Blood Angels; leading a mighty coalition of Adeptus Mechanicus and Imperial Knights, the Sons of Sanguinius fight bitterly against the servants of Chaos.

Yet the fires of war that consume the worlds of the Diamor System are revealing dark secrets, harbingers of a terrible doom that even the Blood Angels will be hard-pressed to prevent coming to fruition…

The 136-page hardback Black Crusade: Angel’s Blade features a host of new rules content for Warhammer 40,000, to be used alongside Codex: Blood Angels:

- Updated datasheets for Blood Angels, including Terminator Captains, Death Company Chaplains, Assault Squads and Devastator Squads;
- Relics of the Lost; incredibly rare and powerful Death Company relics once borne by a Chapter member who succumbed to the Black Rage;
- Revised and updated Wargear of Baal;
- Death Company Tactical Objectives;
- 9 new Blood Angels Formations, an Angel’s Blade Strike Force and a Lost Brotherhood Strike Force;
- 3 new Altar of War missions: Death on the Wing, Honour of the Angels and No Matter the Odds.