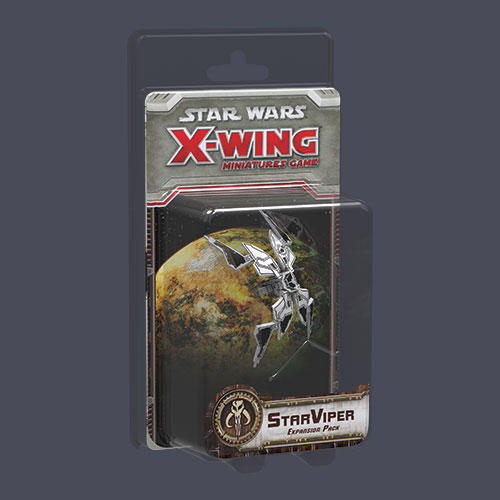 The StarViper is designed by MandalMotors in collaboration with Prince Xizor and was one of the most formidable fighters in the galaxy due to its outstanding agility and fire power from its dual laser cannons.

This pack is for the third faction that is to be released for the Star Wars X-Wing Miniatures game from Fantasy Flight Games; Scum and Villainy. This faction will be filled with the likes of Prince Xizor, Greedo, IG-88 and of course Boba Fett. The scum and villainy faction will have access to the new illicit upgrades.

All Tokens, Dials, Upgrade cards and pilot cards needed to field this fighter.

Please Note: The core game of Star Wars X-Wing Miniatures is needed to play this expansion.