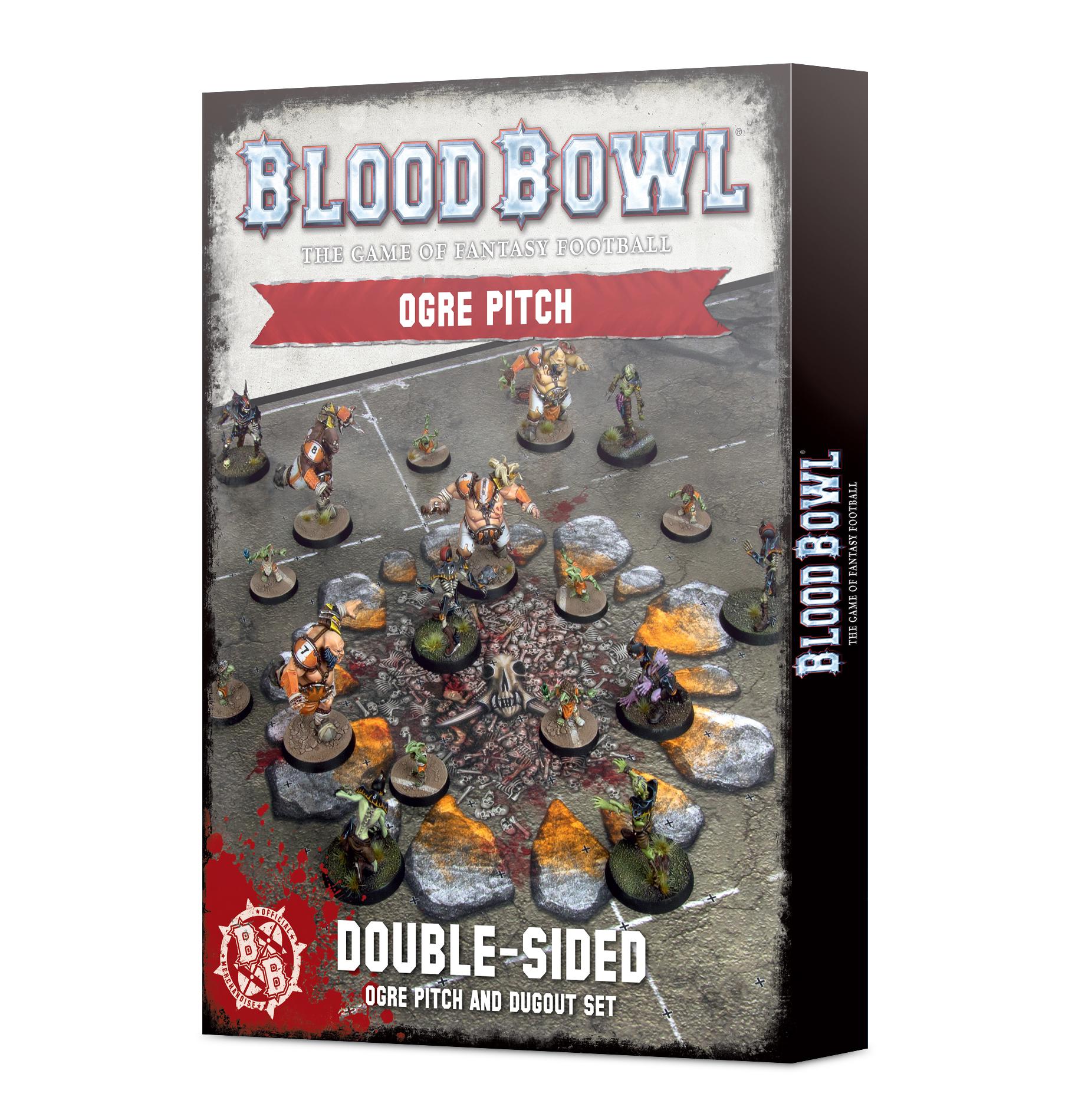 Ogre stadia would be ruggedly handsome, nestled as they often are high up in the mountains, were it not for the bloodstains and craters full of picked-over bones. If you're into that sort of thing, it’s extra pretty. If not, they can be a little less than welcoming.

One side of this pitch features a barren, rocky field, dominated by a toothy ogre-faced pit filled with the remains of their last team, or meal, as they like to call it. The other side features the same pitch, but covered in snowfall after a winter blizzard, with some ominous red ‘markings’ for the End Zones…

The pack also contains matching double-sided dugouts, replete with a score, goal and re-roll trackers, plus boxes for Reserves, Knocked Out and Serious Injuries. Rules to use both sides of the pitch are included for your reference.