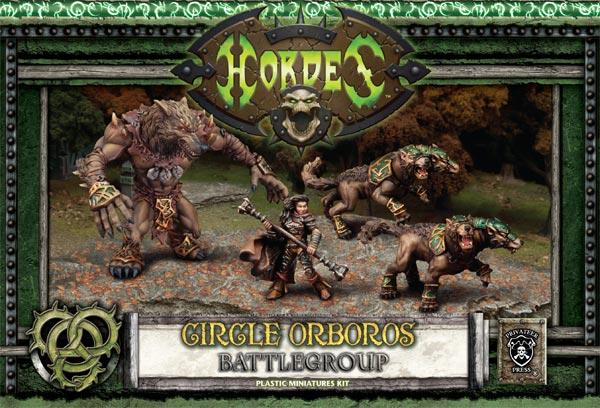 UNLEASH THE WRATH OF NATURE ON THE FOES OF ORBOROS!

The druids of the Circle Orboros protect the wilds of western Immoren with the power of the elements and the ferocious might of terrible beasts. Kaya the Wildborne tears into her foes alongside a pair of two-headed argus and a feral warpwolf, a wholly savage beast whose rending claws represent the living embodiment of primal fury.

Contents: This starter box contains quick start rules and a complete battlegroup of four plastic models and corresponding stat cards for HORDES including: