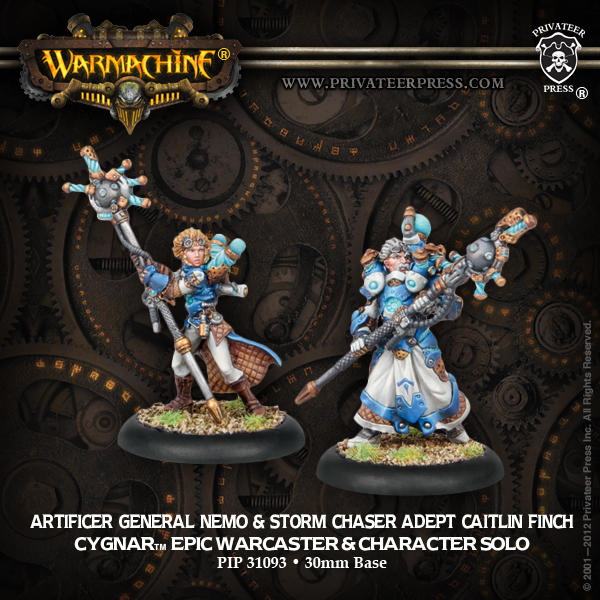 Sebastian Nemo’s myriad innovations—from the storm chamber to the modern colossal—have given Cygnar a crucial technological edge over its enemies. Promoted to the rank of Artificer General, Nemo now holds authority over all Cygnar’s military industry, and he wields his nation’s most advanced weaponry. Nemo’s assistant, Storm Chaser Adept Caitlin Finch, takes to the battlefield at his side, utilizing precisely tuned mechanikal apparatus to augment Nemo’s command over warjacks to unparalleled mastery.