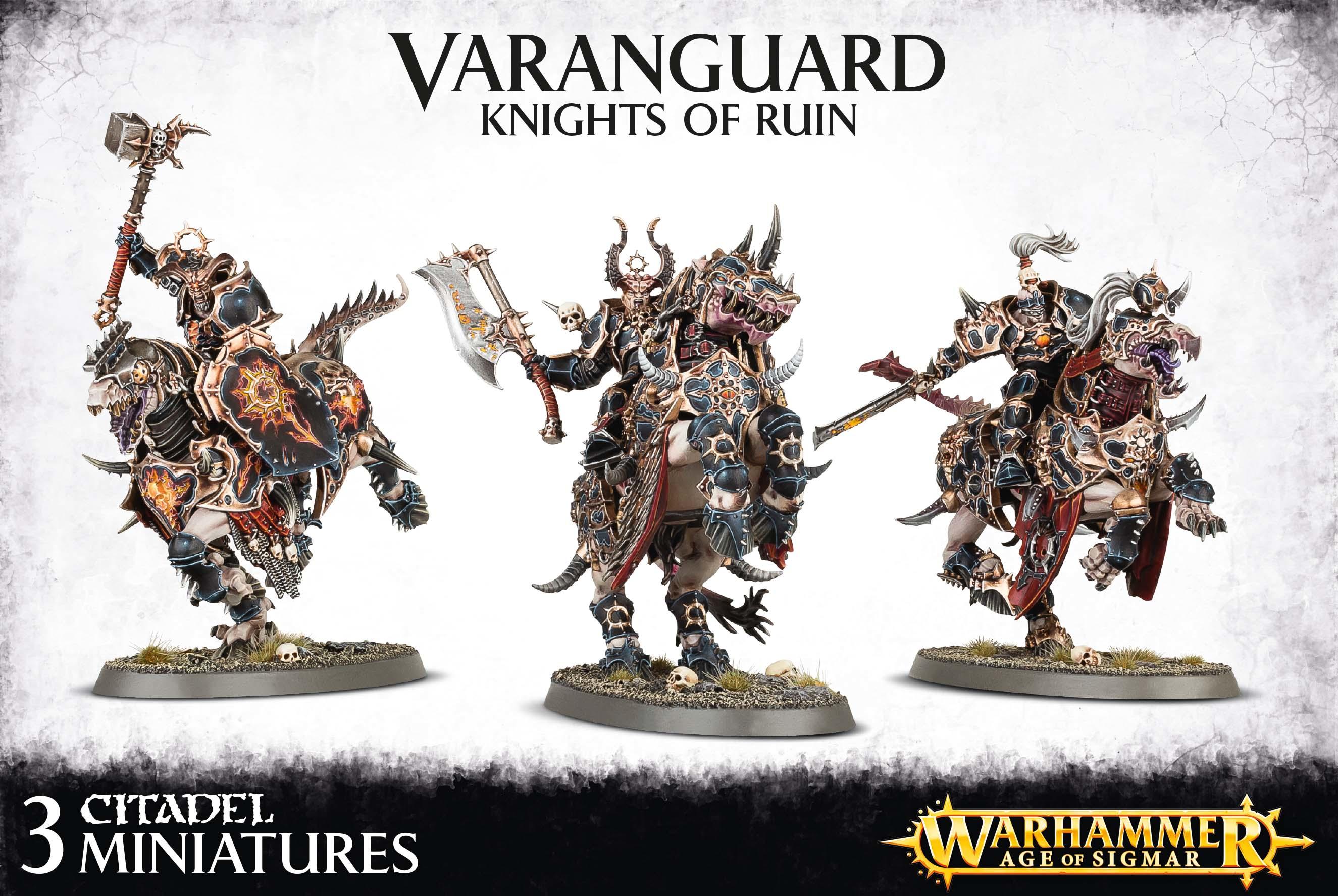 Chaos warlords of incredible power and menace in their own right, the Varanguard have grown into creatures of immense cruelty over many lifetimes of merciless slaughter and conquest. Each individual Varanguard has led countless campaigns across numberless centuries, having risen through the ranks of Chaos upon a fountain of blood - they command the respect of mortal lords and kings, Daemon Princes and Daemon Kings, for when they ride into battle, it is at the bidding of the Everchosen alone. Their allegiance lies solely with Archaon, and the Three-Eyed King understands perfectly how to use their massive killing capacity. Where the Varanguard ride, subjugation and death follows.

This multi-part plastic kit contains all the components necessary to assemble three Varanguard Knights, sinister champions of Archaon. Each knight rides a daemonic steed - a barely-recognisable, twisted mutation of a horse covered in brutal armour. The kit comes with a hammer, an axe, a sword, three spears and three shields, six heads (three bare, three helmeted) and six shoulder pads - your emissaries of Archaon will look exactly as harsh as you want them to!