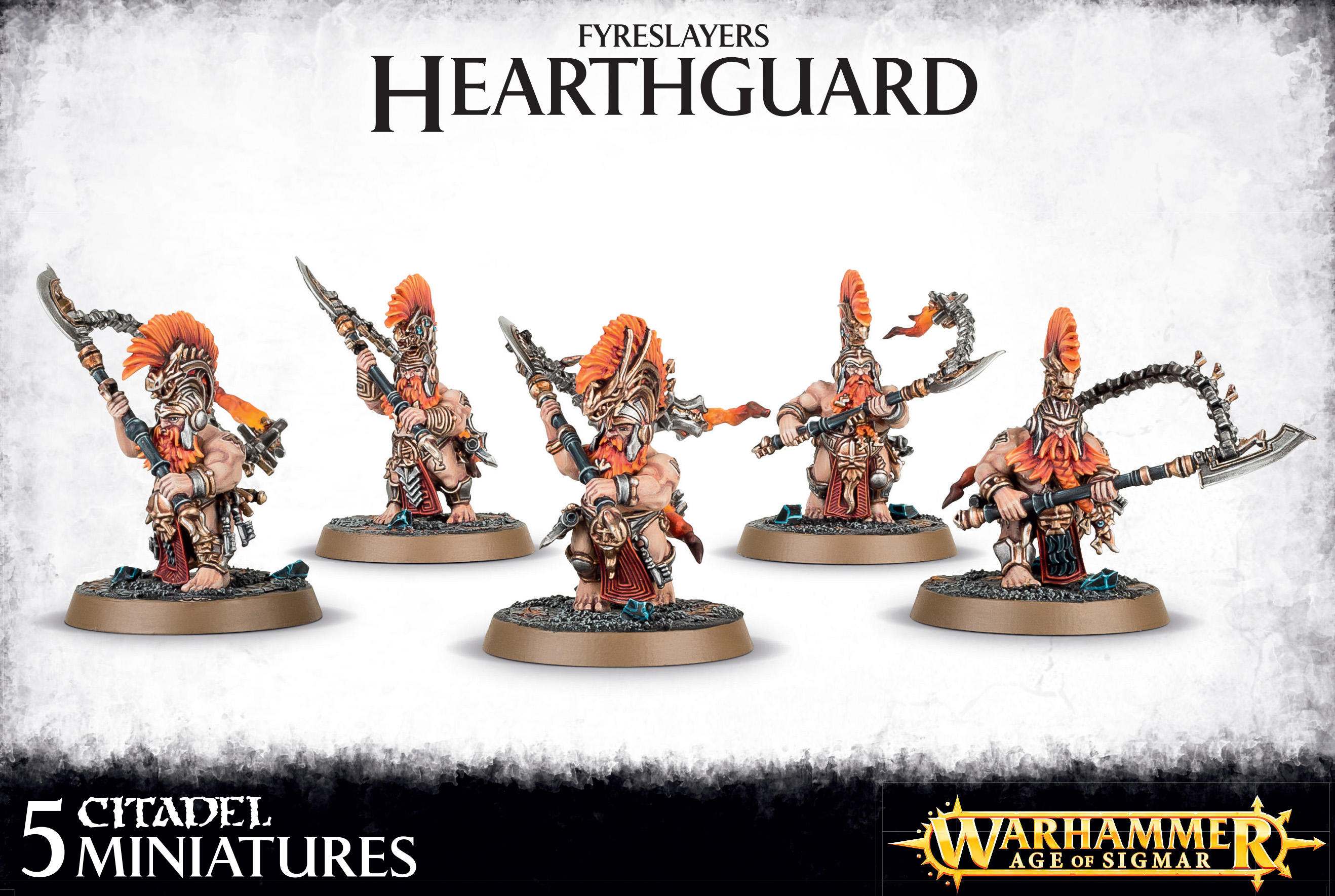 New as supplied by Games workshop

Elite, trusted custodians of a lodge’s magma-vault, Auric Hearthguard have the honour of protecting the ur-gold earned by their brothers - and therefore guarding the spirit of Grimnir himself. They carry magmapikes; magical weapons crafted in the heart of the forge-temple, able to spew forth bolts of devastatingly hot liquid rock that sear flesh, melt armour and ignite the very air, such is their blazing heat. Enemies who survive this initial attack find themselves restricted and unable to move as the magma cools and solidifies - the Auric Hearthguard then close in and end the suffering with their bladed horns.

This multi-part plastic kit gives you the components necessary to build five Auric Hearthguard, armed with magmapikes and fyresteel throwing axes. Clad in minimal armour with ur-gold runes hammered into their flesh, they sport immense beards and feature mohawks poking through their ornate drake helms. One model can be assembled as a Karl, the unit’s leader, featuring a special crest and modifications to his magmapike.

Alternatively, this kit can be used to assemble five Hearthguard Berzerkers. Seventy-six components in total, with five Citadel 32mm Round bases.