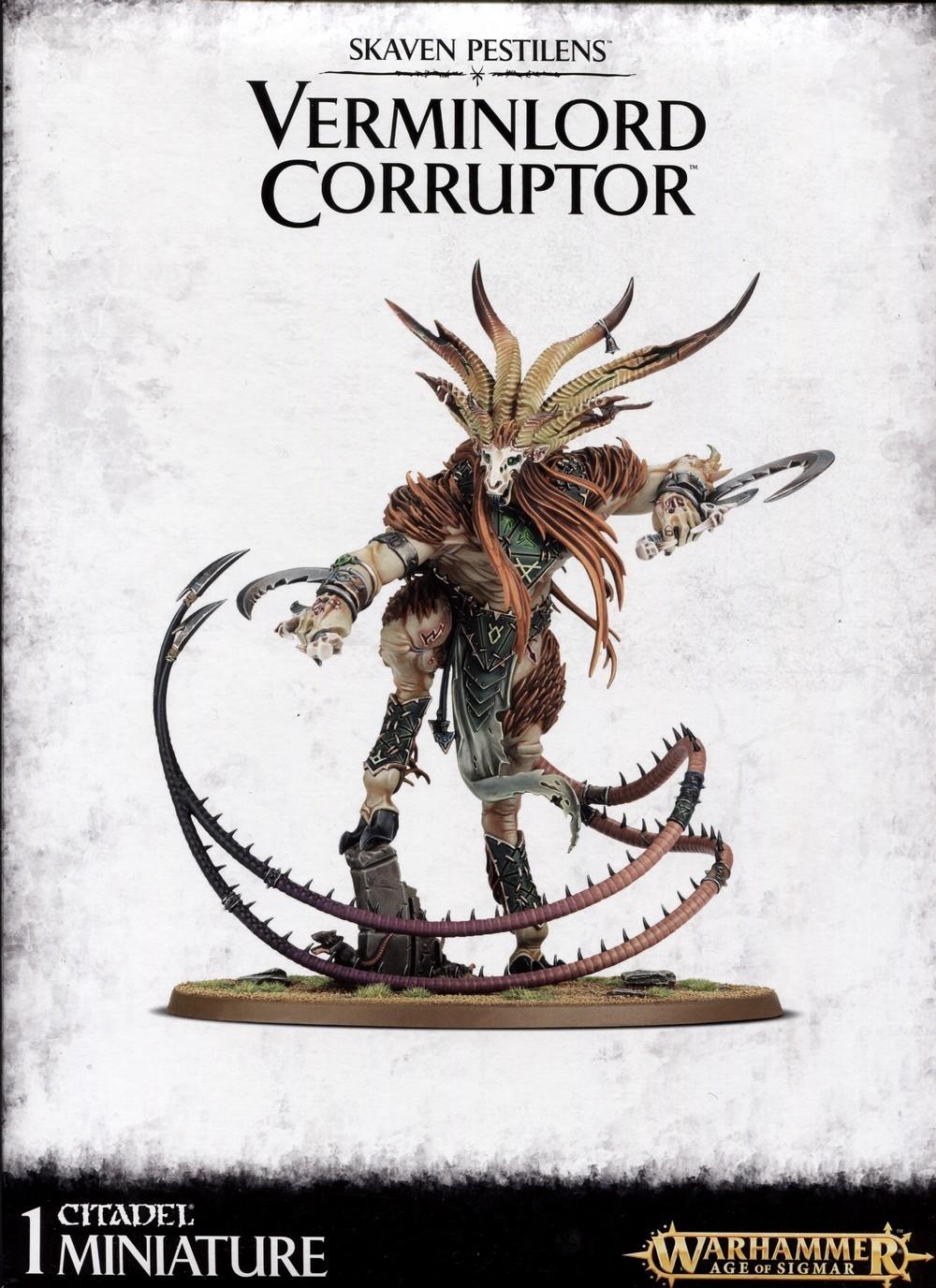 A horrific manifestation of pure pestilence given form, Verminlord Corruptors live up to their name, existing only to despoil and corrupt. Huge, powerful warriors capable of tearing most enemies apart even before their vile plague spells take hold, they hold absolute power over their underlings in the Clans Pestilens. Their plaguereaper sickles infect opponents with even the slightest nick to go into battle with this most devious, this most cunning, this most malevolent of skaven is to sign your own putrid, diseased death-warrant.

The Skaven Pestilens Verminlord Corruptor is armed with 2 plaguereapers. It has a skull head with broken horns and a mane of long hair.

The multi-part plastic kit can optionally be used to assemble one of four other Verminlords. Whichever one you choose to assemble, the legs and body are used as the core to then add the following details to:

Verminlord Warbringer is armed with a doom glaive and punch-dagger and is notable for featuring a spiked helmet.

Verminlord Deceiver is armed with a doomstar (in the shape of the Clan Eshin rune) and a warpstiletto. Its head wears a mask and hood to hide its features.

Skreech Verminking is armed with a plaguereaper and a doom glaive and has a unique half rotten face.

The Verminlord Corruptor has 61 components and is supplied with a Citadel 120x90mm Oval base.