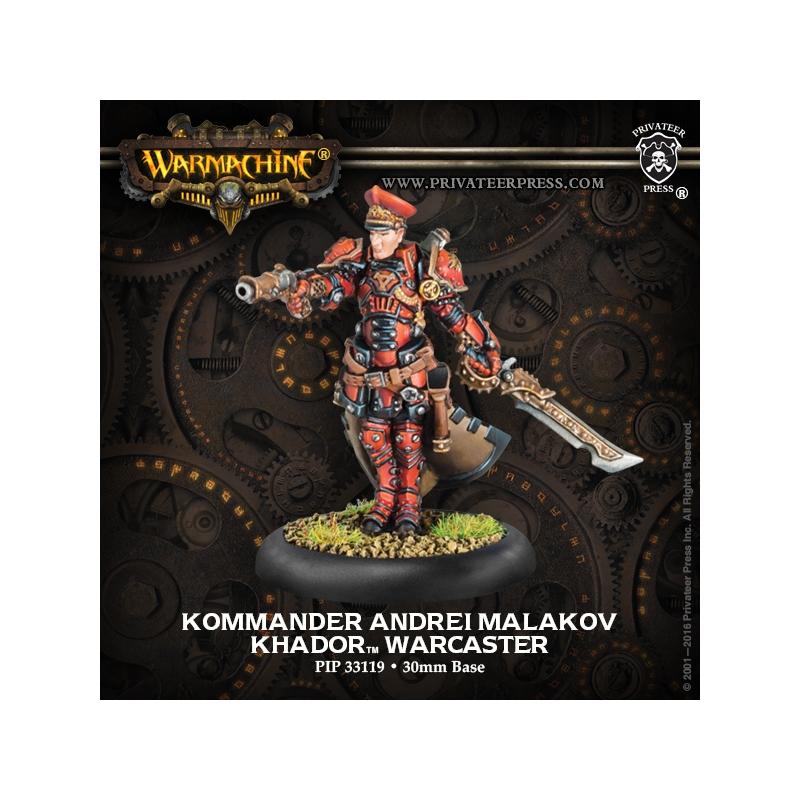 Kommander Andrei Malakov has developed into a ruthless but eminently capable Khadoran officer. Driven by bold self-confidence and implementing unconventional tactics, he has no qualms about ordering artillery strikes close to his own lines or pushing feints to their limits despite casualties. As a protégé of Supreme Kommandant Irusk, the young warcaster strives not only to emulate his mentor but also to surpass him, developing his own more aggressive doctrine.

This is the full warcaster version of the character solo Kovnik Andrei Malakov, and it is one of the two new warcasters featured in Forces of WARMACHINE: Khador Command.

Please note: Miniatures come unpainted and some assembly may be required.