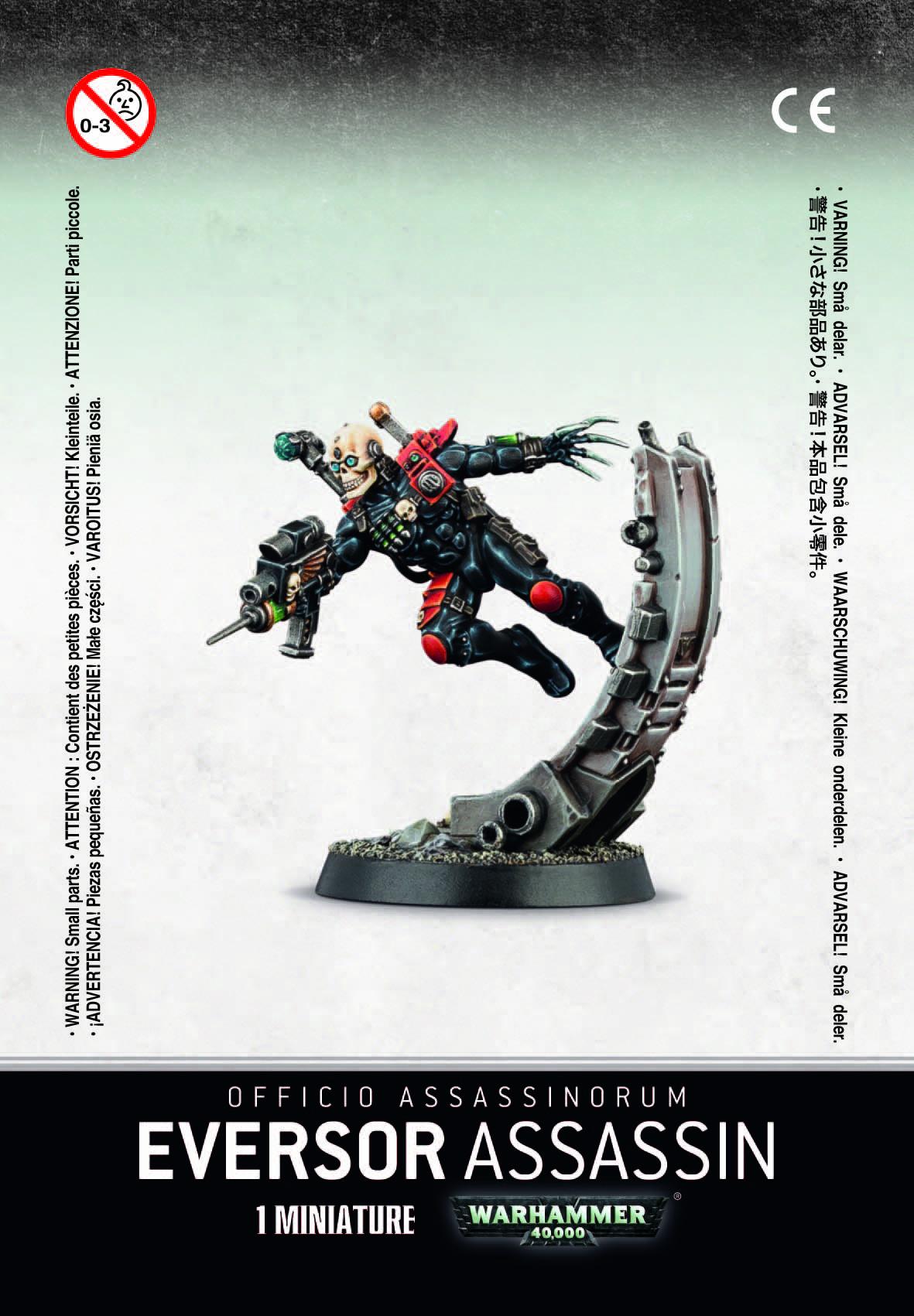 They are the bloody-handed and secret saviours of the Imperium,Assassins protect the future of humanity by eliminating the few who become tainted with treachery, greed, the daemonic or other evils too heinous to name. Formal records of their exploits are not available - it is not known precisely how many worlds have been saved from destruction by these secretive killers, but it is safe to say billions of lives are owed to their selfless actions. The Assassins work silently and without thanks for them only service to the God Emperor matters.

Most Assassins operate with stealthy precision, lurking in the shadows - or sometimes in plain sight - and striking with accuracy when the time is exactly correct. Not so the chem fueled Eversor Assassins! The Eversor Temple believes that the best way to eliminate a target is in a blaze of psychotic fury, disregarding factors such as collateral damage, practicality or the potential innocence of bystanders. This Assassin is in a permanent state of searing rage, kept in check by massive doses of sedatives; when the time comes for him to act, he’s roused from his coma and unleashed. Only his death will stop his berserk mission.

This pack contains one multi-part Eversor Assassin, and is supplied with one Citadel 32mm Round base.