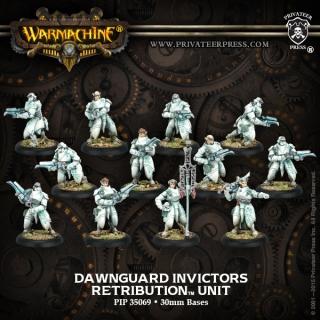 Invictors make up the bulk of House Nyarr’s Dawnguard order. When supported by the formidable Iosan myrmidons, invictors are unsurpassed on the battlefield. Firing their weapons as they close, the invictors are ever ready to charge into the ranks of the enemy and cut them down with the heavy blades set into their rifles.