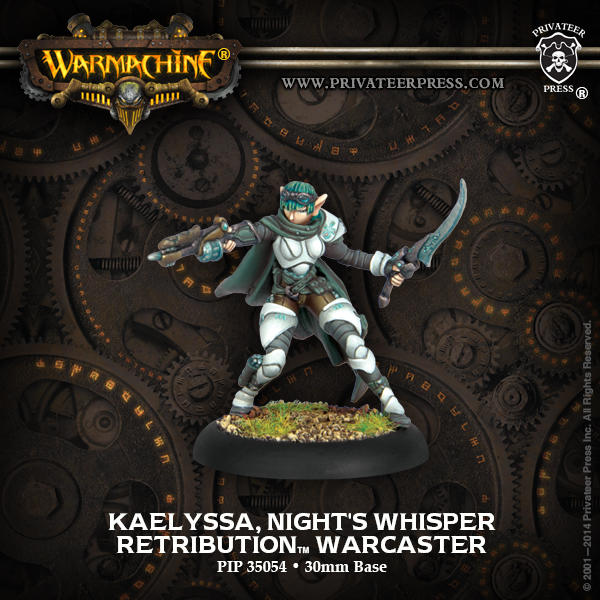 Kaelyssa is the foremost strike force commander of the Retribution’s mage hunters. Her sergeants claim she can hear the heartbeats of the enemy and taste their movements on the wind. Those wizards caught in her sights are left defenseless as their own magic is negated or turned against them. To Kaelyssa her calling is a dangerous but thrilling endeavor, and with every mission she extends the depths of her formidable talents.