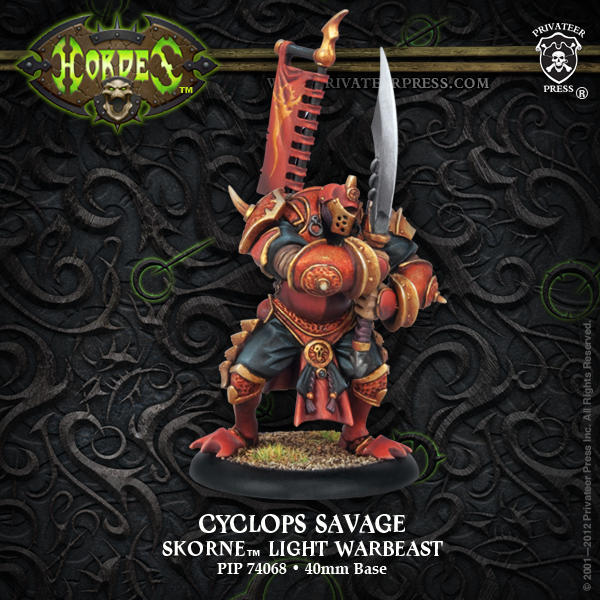 Enslaved by the skorne as implements of war, cyclops savages are prized for their viciousness and battle prowess. They come from a brutish, carnivorous species that live to hunt and kill and possess uncanny skill in combat due to their innate ability to see into the future. Their complex and sensitive single eye demonstrates unusual perceptiveness, allowing them to see exactly how to penetrate a foe’s defenses.

SPECIAL NOTE: PIP 74068 contains the same Mk II stat card as PIP 74004. The model in this box represents the same figure in the game. However, the model in PIP 74068 is a new sculpt and therefore looks different from the model found in PIP 74004. In addition, this model is plastic rather than metal. The replaced PIP will no longer be available from Privateer Press beginning January 1, 2013.