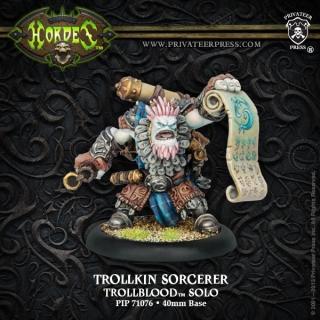 The sorcerers of the trollkin are not timid lore masters but determined and lethal combatants. Typically born with the white skin and red eyes of albinos, making them easily recognized as trollkin sorcerers at birth, they often command powers associated with elements prevalent in the region of their birth. Thus, many originating from the north command the cold winds of winter as a powerful weapon that can be used to attack or defend.