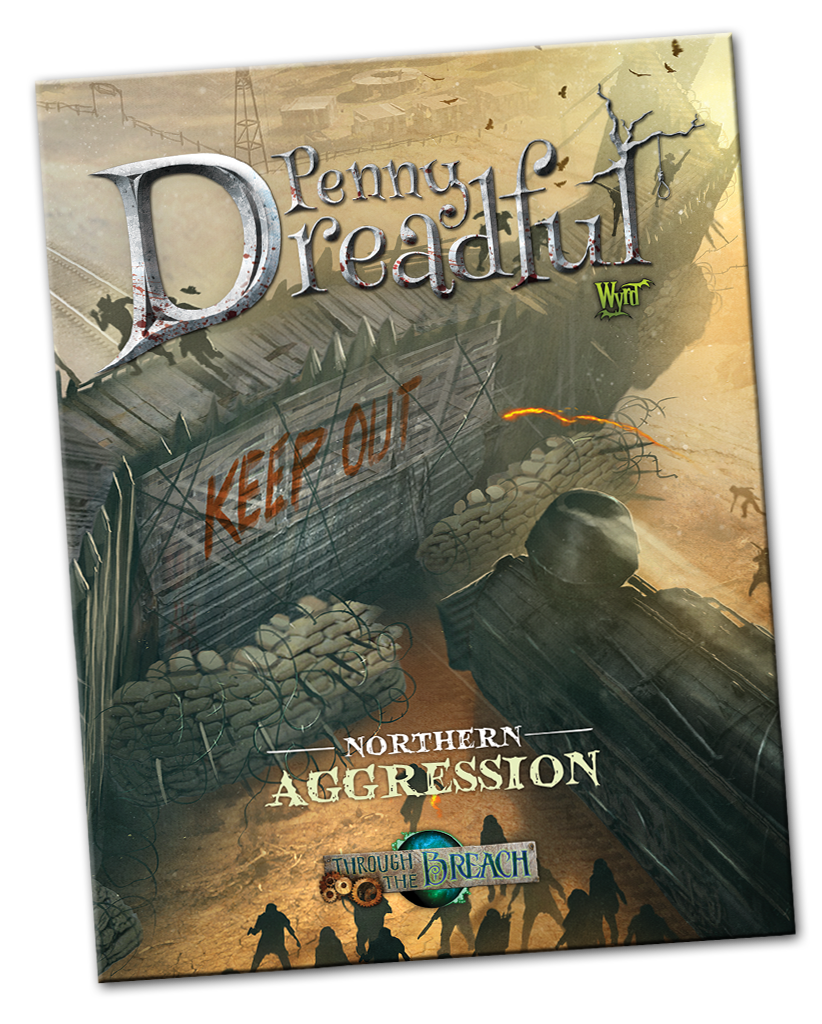 Northern Aggression takes players on an epic adventure across Malifaux's Northern Hills, from the boomtown of Ridley to the frozen Ten Peaks and back again. Along the way, the Fated will have to contend with surly miners, ancient magics, and a sweeping conspiracy that could bring the entire Northern Hills to its knees.

Northern Aggression is the first in a three-part series of adventures for the Through the Breach roleplaying game. It can be played either on its own or as part of an epic campaign that will change the Northern Hills forever. It requires the Fated Almanac to play.