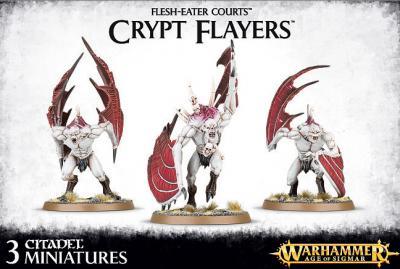 Haunting the night as vague silhouettes framed against a moonless sky, Crypt Flayers search tirelessly for enemies of their glorious court. Once spotted, their prey is swept upwards, gleaming fangs sunk deeply into their necks, leaving nothing behind but a drop of spilled blood. Horrifying to behold, Crypt Flayers are twisted monstrosities, mockeries of men who yet believe themselves blessed, enchanted examples of strength and power, regarded with awe and adulation by their low mordant kin.

This multi-part plastic kit contains all the components necessary to build three Crypt Flayers, airborne scouts and fierce warriors of the Flesh-eater Courts. 62 components in total, supplied with three Citadel 50mm Round bases. 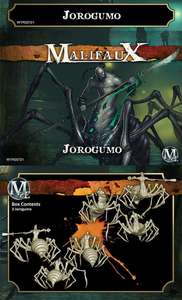