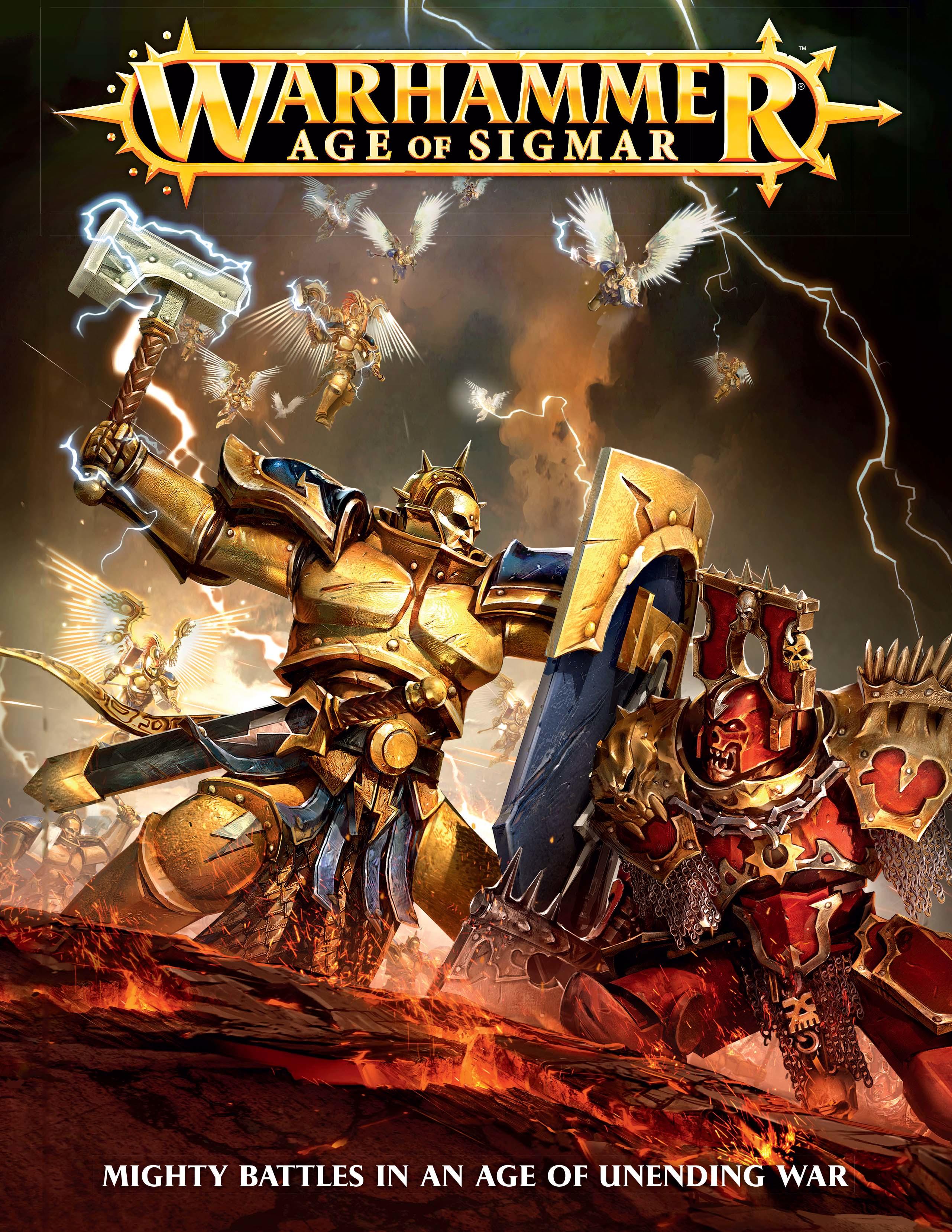 Warhammer: Age of Sigmar The Book

Mighty battles in an age of unending war among the eight realms.

After the End Times, after the cataclysmic shattering of the Old World, after drifting through the universe clinging to what little remained of that broken planet, what then for Sigmar? The formation of the eight interconnected Mortal Realms, whose location and secrets were taught to Sigmar by the great drake Dracothion, and the Age of Myth. Lifetimes passed, civilisations rose, and gods walked the lands as men. But this time of prosperity could not last forever. Strife, struggle and open war broke out - and the Dark Gods saw their opportunity. The Realm of Chaos spewed forth countless daemon legions, overwhelming and crushing their opposition, and the Age of Chaos began in earnest.

Despite his best efforts even Sigmar was forced to lead a great exodus to the Celestial Realm, the last place of safety, closing the Gates of Azyr and leaving the remaining seven worlds to their fate. Life in those worlds became hell; centuries of torment passed and the skull-adorned strongholds of the Dark Gods grew like wild weeds. Chaos reigned, and all hope ceased. But on the horizon, storm clouds gathered

Sigmars great warriors, the Stormcast Eternals, have faced their trials and emerged as gods. Bequeathed with a portion of the power of Sigmar himself, each is a potent force, descending from the skies on wings of heavenly light to annihilate and cleanse the corrupted forces of Chaos.

The Age of Sigmar has begun.

Continue the story of Sigmars strike against Chaos with this fantastic hardback book! Inside, youll find a huge selection of Battleplans - these are new ways to play Warhammer Age of Sigmar, scenarios that complement and add to the core ruleset to give you new and unique command abilities for your generals, differing victory conditions, objectives and goals for your armies to clash over and set-up/battlefield environment rules special to the story youre recreating. The Age of Sigmar is a fraught and dangerous place, and the tales from the Realms are endless and exciting - this book throws you headfirst into the spectacular war of the Stormhosts, and adds depth, detail and insight into the struggles Sigmar and his alliances face.

Included are Warscrolls for the following featured forces - Stormcast Eternals, Khorne Bloodbound and Sylvaneth, and Warscroll Battalions which provide special abilities and conditions for groups of warriors.