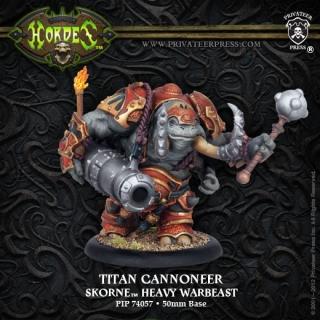 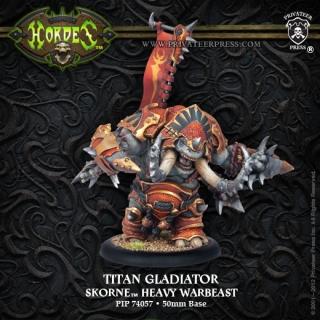 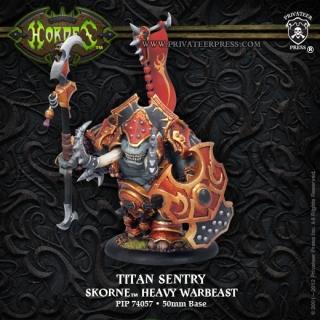 Favored warbeasts of the skorne, the versatile titans can be conditioned and equipped for a variety of battlefield roles. The titan gladiator is armed with massive spiked war gauntlets and uses its weapons and its armored body to pulverize enemy troops and warbeasts. The titan cannoneer is a mobile siege engine, blasting apart enemy formations with its gargantuan siege cannon. Finally, the titan sentry is a living wall, immovable and nearly impervious to enemy attacks behind its heavy shield and thick armor.