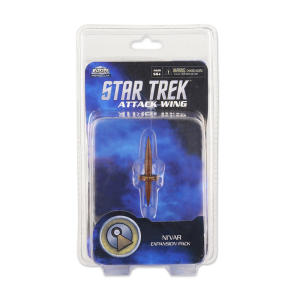 The Ni’Var is a Suurok-class starship. The Suurok-classis a Vulcan science vessel and combat cruiser. It has a cylindrical hull with a circular nacelle that allows it to reach speeds of Warp 6.5 and greater. Under the command of Captain Sopek, the Ni’Var was sent to retrieve T’Pol for her involvement in the destruction of the monastery at P’Jem. After learning that she and Captain Jonathan Archer of the Enterprise NX-01 were captured by the Andorians, Sopek led a commando raid and helped rescue the two prisoners.