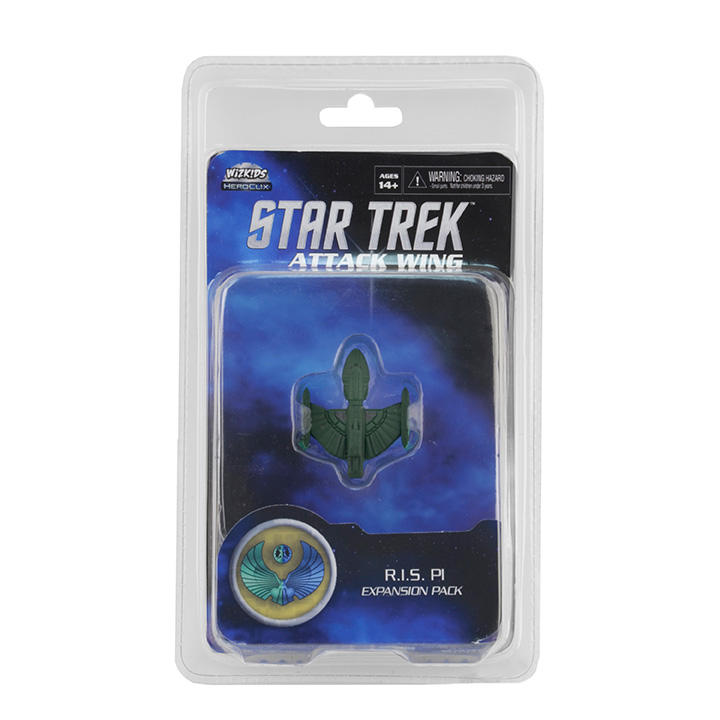 The R.I.S. Pi is a Romulan Scout Vessel. This small craft entered Federation space with a crew of two on a covert mission. During the mission, the Pi crashed on the planet Galorndon Core. Rather than allowing the ship to be captured, Centurion Bochra destroyed the ship, leaving them stranded on the planet.