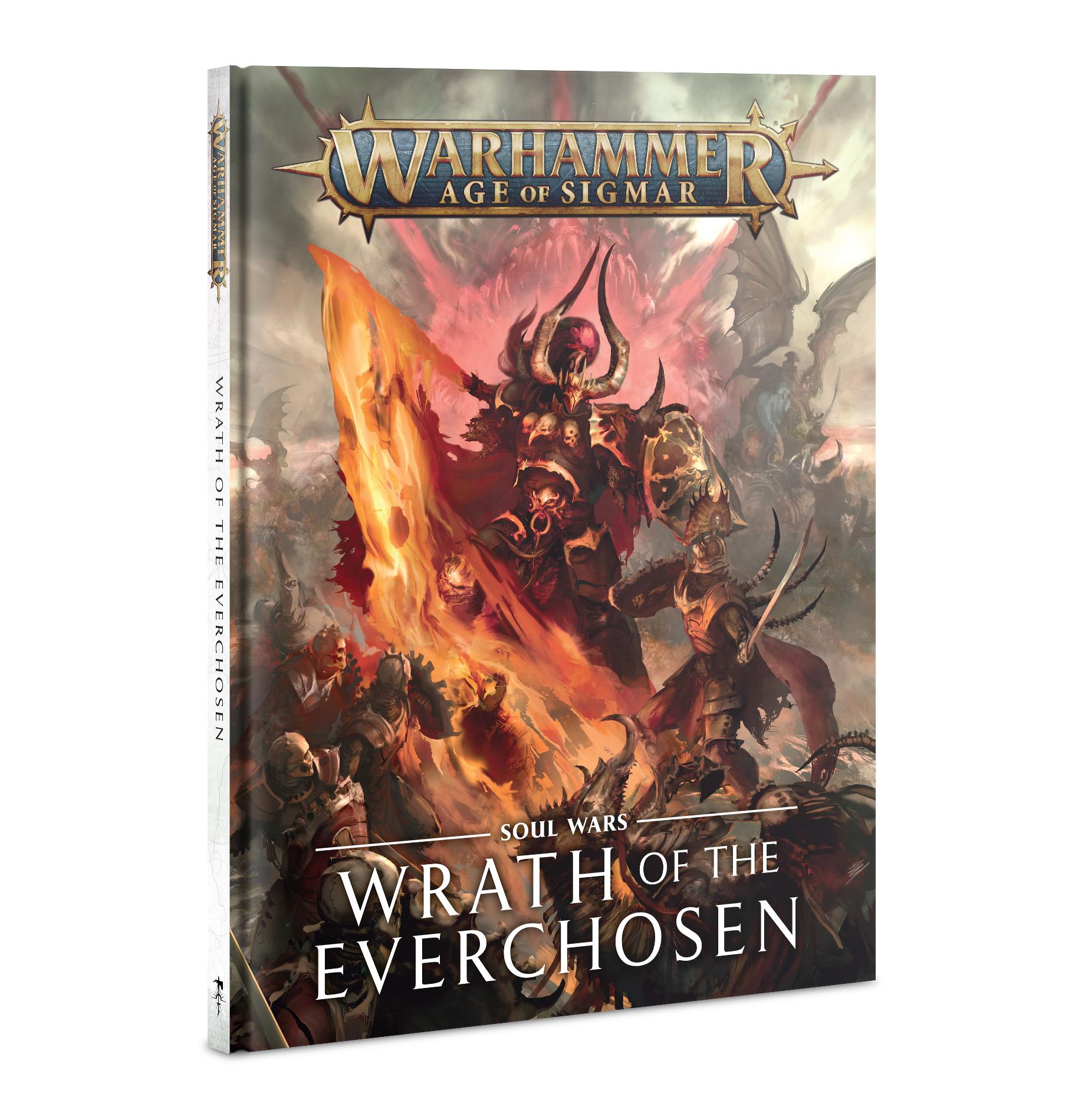 The Great Necromancer, Nagash, initiates an all-out war to end all life in the Mortal Realms, but in order to complete his monumental task he needs access to them. And so he turns his gaze to the Eightpoints, ruled over by none other than Archaon Everchosen, Exalted Grand Marshall of the Apocalypse.

The vast armies of the dead, led by Nagash’s chief lieutenant, Katakros, march for the nigh-impenetrable fortress of Chaos – the Varanspire. Archaon does not take this challenge lightly, and seeks aid from a powerful force, long believed to be lost… But will it be enough to halt the legions of the dead?

Wrath of the Everchosen advances the story of Warhammer Age of Sigmar with Realm-shaking events that will have far-reaching consequences for many factions. You'll learn why Nagash needs to conquer the region to complete his infernal work, and watch the ebb and flow of the invasion as it progresses.

On top of the action-packed story, this book includes a painting guide, and enhanced rules for your Chaos Grand Alliance armies.

- Roaming Monsters – Savage beasts abound in the Eightpoints, and the din of marching armies and battle attracts them like moths to a flame. A canny general can make use of them… The larger your army, the more of these creatures can be added to the game, with their own special rules for movement and engaging both armies!

- Wandering Endless Spells – Raw magic and eldritch energies suffuse the landscape around the Varanspire, and endless spells can become rogue entities in their own right. Just as with the monsters, they have unique rules to control their behaviour during the game.

- Allegiance Abilities for the Hosts of Chaos - including the Legion of Chaos Ascendent, the Knights of the Empty Throne, the Legion of the First Prince, and 11 others that focus of specific aspects of Chaos